Hi, welcome to Write Better Now, a podcast of quick, weekly writing tips meant to help you become a better writer. We’re your hosts with NYT bestselling author Carrie Jones and copyeditor extraordinaire Shaun Farrar. Thank you for joining us.

Foreshadowing according to litcharts.com is:

A literary device in which authors hint at plot developments that don’t actually occur until later in the story. Foreshadowing can be achieved directly or indirectly, by making explicit statements or leaving subtle clues about what will happen later in the text. The Russian author Anton Chekhov summarized foreshadowing when he wrote, “If you say in the first chapter that there is a rifle hanging on the wall, in the second or third chapter it absolutely must go off.” The description of the gun on the wall, in other words, should foreshadow its later use.

You want to tell the reader that something is going to happen, give them a clue about what it might be.

Foreshadowing can be subtle, mysterious, or direct.

Over on the Reedsy blog they shrink the types to two: direct and indirect. And explain them as follows:

Direct foreshadowing occurs when an outcome is directly hinted at or indicated. It gives readers a nugget of information, prompting them to want more.

Indirect foreshadowing occurs when an outcome is indirectly hinted at or indicated. It subtly nods at a future event but is typically only apparent to readers after that outcome or event has occurred.

Foreshadowing when it’s direct can be a fantastic way to hook the reader into wanting to gobble up the story. A great example they use is Lauren Oliver’s Before I Die, which opens with:

“They say that just before you die your whole life flashes before your eyes, but that’s not how it happened for me.”

So the reader knows that the narrator is going to die and what they want to know is how. It’s damn direct, right?

An indirect style of foreshadowing can be something as simple as

The air grew chill as I walked toward the beach. Winter is coming.

Now we know the air is chill and cold is coming and we indirectly think:

Oh, something is going to happen because it’s cold and winter is almost here and someone is probably going to die.

The symbols in our culture can carry a lot of metaphorical and foreshadowing weight in our stories.

So we want to use it like a boss and give the readers a little wink so that they are hooked into the story but also feel like they are figuring out the story as they go along. It’s pretty cool.

Hey, thanks for listening to Write Better Now. These podcasts and more writing tips are at Carrie’s website, carriejonesbooks.blog. There’s also a donation button there. Even a dollar inspires a happy dance in us, so thank you for your support. The music you hear is made available through the creative commons and it’s a bit of a shortened track from the fantastic Mr.ruiz and the track is Arctic Air and the album is Winter Haze Summer Daze. PROS AND CONS OF PRESENT AND PAST TENSE

This week we’re going to give a quick rundown of the pros and cons of present and past tense. For some books, you just... One of my favorite writing exercises is super simple. I take a bunch of novelists and ask them: What is your protagonists more afraid... 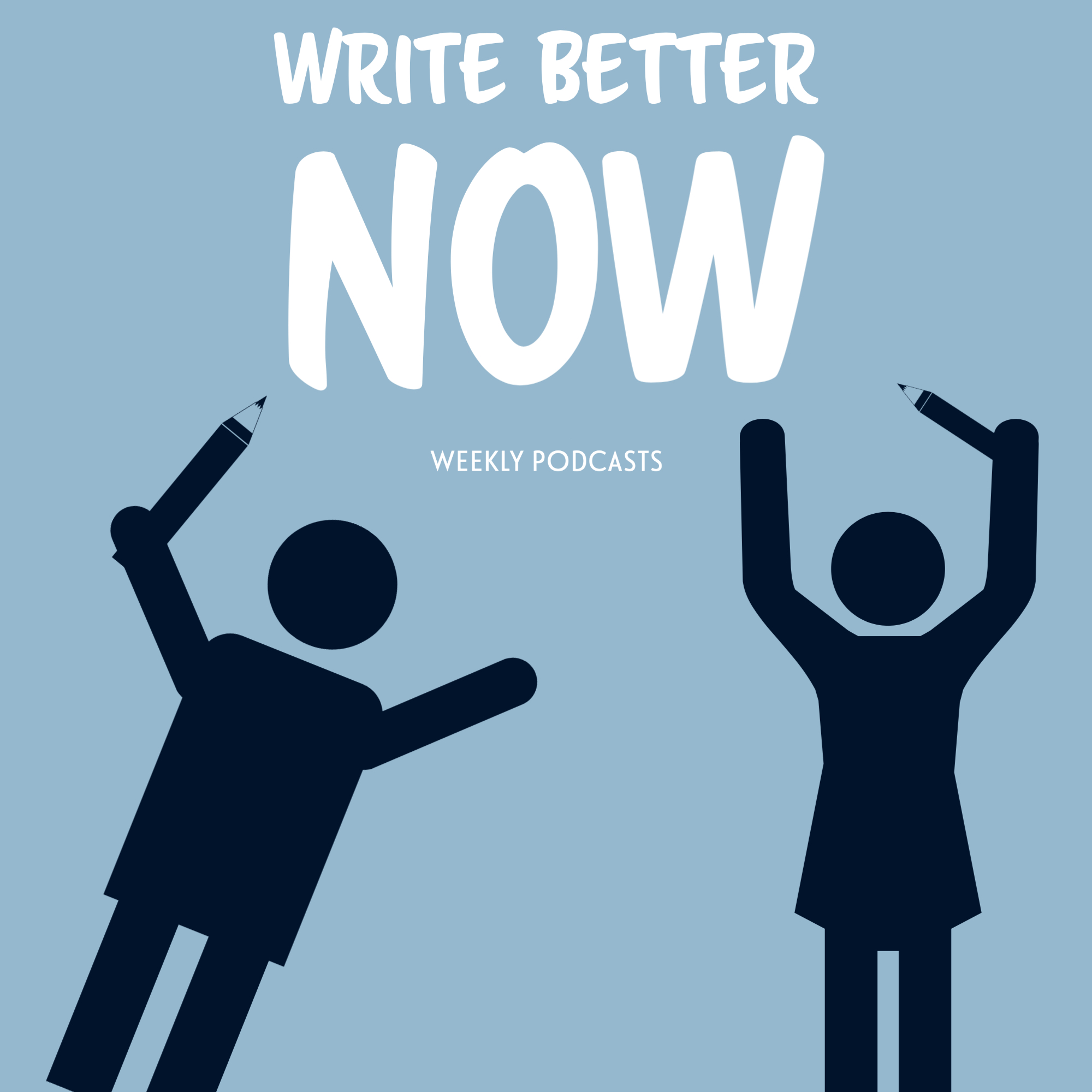 The Simplest Writing Tip to Make You a Better Writer

Here’s a really simple writing tip to make you a better writer. I (Carrie) talk a lot to my writers about distancing words, which...